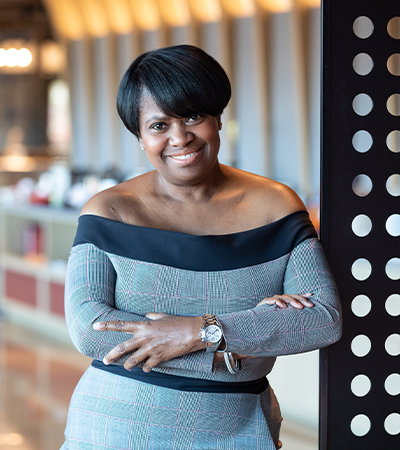 April Walker is the Director of the Philadelphia Microsoft Technology Center (MTC) located in Malvern, Pennsylvania and a member of Microsoft’s North American MTC leadership team. April oversees Microsoft’s state-of-the-art innovation center that enables digital transformation for enterprises throughout the greater Philadelphia area. An accomplished engineer and expert in cybersecurity, AI, and cloud, April began her career in STEM more than 30 years ago in the DC area and amassed an impressive portfolio of success leading organizations in the corporate arena. A technology evangelist and change-leader, she has been the catalyst for driving innovation for many F500 corporations. A well-known and respected thought leader in both technology and D&I, April has a noteworthy array of keynote and speaking engagements conducted throughout the country where she is sought after to share her experiences as a technology leader and woman of color thriving in the world STEM. April is a graduate of MIT Sloan School of Management and earned an MBA and an Executive Certification in AI, George Washington University, M.S. in Engineering Management and University of Maryland, B.S. in Global Business. A community advocate, she recently was appointed by the Mayor of Philadelphia, Jim Kenney to the Philadelphia Works, Inc. board and is board member of the Philadelphia POWER of Professional Women’s organization.